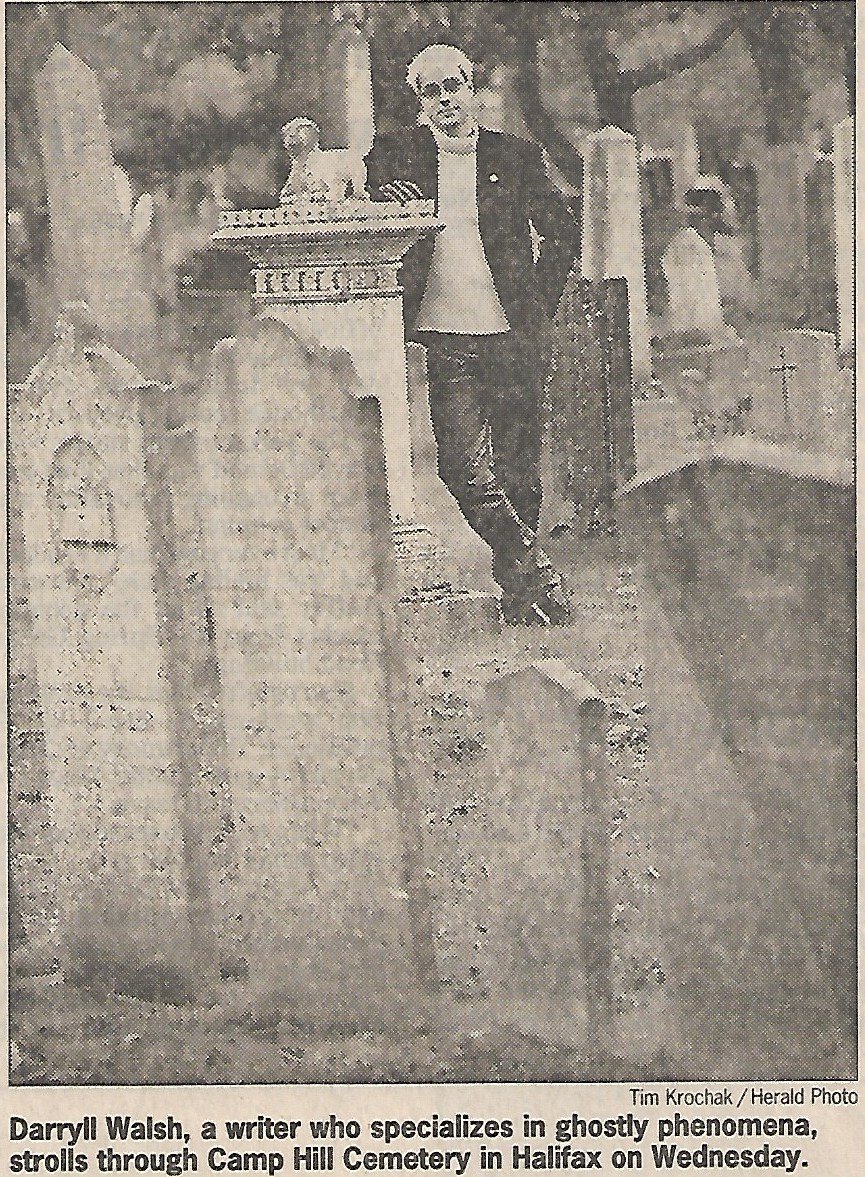 The young women who live on the fourth floor of Shirreff Hall at Dalhousie University can be excused if an old ghost story keeps them awake late tonight.

This big university residence in Halifax is believed by many people who have lived there or worked there to be haunted by the ghost of Penelope.

Penelope, a victim of unrequited love, sticks to the fourth floor, so the story goes. She’s apparently friendly, as ghosts go, if sometimes a bit mischievous.

“We’ve not seen or heard anything of her in about three years,” residence manager Christine Squire said Wednesday.

“Sometimes … she’s blamed for noise late at night,” she said, adding a deliberately eerie tone to her voice.

Legend has it Penelope hanged herself inside the building after being dumped by her lover.

“They say … the rope she used to hang herself …. Still hangs in the attic,” said Darryll Walsh, a Nova Scotia author who writes about ghostly phenomena.

A good old-fashioned ghost story will be a highlight tonight for a “very large segment” of Nova Scotia’s population, Mr. Walsh said.

Do residents of Shirreff Hall really have to be concerned about a ghostly apparition appearing at the foot of their bed tonight?

“Everybody wants to know, are the stories true/ Or, which stories are true?” Mr. Walsh said.

“The fact is, none of them are true But we still love them, because they’re fun and the good ones can still send chills up our spines.”

Most older Nova Scotia communities have their own regional ghost stories.

There is a ghost in the Amherst area, known as Willie the Drunk, who tries to lure strangers to a watery death in the nearby marshes.

And what about the big, hairy beast spotted around Berwick at different times in the 1960s?

Some of these stories are form a long list of Nova Scotia ghosts at www.allaboutghosts.com, a Website that tells ghost stories from around the world.

Growing communities are not immune from ghost stories.

There is, for example, a story circulating in Lower Sackville and Beaver Bank of a strange beast – seen only at night – dubbed the Kinsac Creature.

“The Kinsac Creature is. Half wolf and half dog,” said Mr. Walsh, raising his voice for dramatic affect. “It’s a huge beast, with brilliant red eyes.”

He noted the former U.S. airbase in Beaver Bank is widely believed to be haunted by a “mysterious man in back.”

A comprehensive review of many Maritime ghost legends can be had at the Maritime Museum of the Atlantic in Halifax, which runs special ghost tours for Halloween.

“Are they (the stories) true? Well, we’ve never been able to disprove them,” museum staffer Andrew Aulenback said with exaggerated seriousness.