Dissecting the existence of ghosts

Rob Wellan sits in a crimson velvet seat in the balcony of the Grand Theatre. He looks down over the polished brass rail to the dimly lit stage. The large, hand-painted mural that adorns the arched ceiling above the theatre flows in a soft light. There is a slight chill in the air.

“Anytime I go back stage I have the strange feeling that I can’t breathe, which I thought was my dust allergy acting up,” says Wellan, the Grand’s public relations manager. A psychic later told Wellan that this was the theatre’s spirit, Ambrose Small, trying to communicate with him.

Ambrose Small was a millionaire theatre manager who owned theatres in seven cities across Ontario, his crown jewel being the Grand. On December 2, 1919, Small withdrew $1 million from a Toronto bank, had lunch with his wife and worked the afternoon at one of his theatres in Toronto. When he left work that evening he purchased a newspaper and then simply disappeared.

An exhaustive search was carried out in Toronto where foul play was suspected. However, when a night watchman at the Grand reported speaking with Small that same evening in London, the police turned their attention to the Grand, tearing it apart from top to bottom. Small’s body was never found. It is rumored that not long after his disappearance, Small vegan haunting the Grand and continues to do so to this day.

The case of Small is just one of many legends that have passed through the years, tagged with the label of ghost story. It is fair to say that figures like Small exist today. Where or not these figures exist in spirit or story opens the door to numerous interpretations.

Ghost stories have always been popular fodder for sleepovers, campfires, and Halloween, but do they really have an validity to them or are they just a timeless form of entertainment? There are over 600,000 web sites devoted to the subject of ghosts and the paranormal and ghosts continue to fill the pages of novels, and television and movie screens.

There is now, however, a rising interest in ghosts on a purely academic level. From the forming of research societies to paranormal courses offered at universities around the world, the popular existence of ghosts is being met head on by historic and scientific theories looking to explain the mystery of ghosts, namely the form in which they exist and what proof of their existence might entail for society. 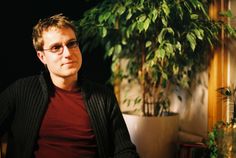 Darryll Walsh, a parapsychology and thanatology instructor at Nova Scotia Community College, and executive director of the Centre for Parapsychological Studies in Canada, believes studying ghosts involves a careful and diverse investigation into their folklore, legends, actions, and human reactions to them.

“To study ghosts one has to be schooled in psychology, sociology, and various hard sciences like physics, as well as photograph and perception,” says Walsh. “The main goal is to first, prove ghosts exist, and second, learn their nature and habits.”

Walsh, 38, grew up in the Maritimes, his childhood richly steeped in mysteries and storytelling. From the age of 10 he had a love for ghosts that grew into a full time obsession. In 1996, to quench the desires of his obsession, he formed the CPSC as a think tank whose primary role is one of research and development of theories is to explain certain phenomena.

“It is very important that the media and community have somewhere to go for accurate information on the validity of many mysterious of the paranormal,” explains Walsh. “Unfortunately, both true believers and skeptics skewer the evidence to fit their ideology and so an unbiased source of information that will present both sides of the argument is sorely needed.”

Walsh believes ghosts are popular phenomena in our culture because everyone loves a good ghost story and still needs the spiritual reassurance and valuation that a belief in a never-ending existence brings. Literary classics like Dickens’ A Christ Carol or Shakespeare’s Macbeth continue to entertain. Heavily documented and historically famous hauntings like that of Ambrose Small, the Black Donnellys and Anne Boleyn, continue to mystify.

Where does the entertain stop and the reality begin?

“If proven that there is such a thing as life after death then the ramifications for the world are astronomical,” says Walsh. “People would have to re-evaluate their lives and the way they treat others because of the sudden possibility that the myth of some sort of judgement day may be real.”

Walsh searches for answers through research and development. There are others like Matthew Didier, however, who search for proof of the existence of ghosts through hands-on investigation.

“We can go on-site and do our best to capture or observe phenomena first hand in an attempt to see for our own notes where or not we can resolve some of the issues from a natural and supernatural point of view,” Says Didier.

As a young boy, Didier was plagued by unexplained occurrences in his childhood home and this spawned his interest in ghosts. Now, at the age of 35, he is the director of the Toronto Ghosts and Hauntings Research Society, a non-profit organization that looks into the history, myths, legends, and first-hand accounts of ghosts and hauntings on a historical and scientific rather than a spiritual or psychic level.

Part of the work taken on by Didier and his colleagues includes one to two onsite investigations per month into the paranormal. While Didier insists he is not a ghostbuster, someone who can eliminate an entity from a residence, the investigations carried out by the TGHRS are thorough, much like a police investigation.

Didier will respond to a call by someone who claims to have observed unexplainable phenomena and then commence his investigation. An investigation includes such things as assessing the story and the place of haunting, interviewing witnesses and assembling a team to explore the scene all in the name of explaining the unexplainable.

“Most people, even when they are mistaking the normal for the paranormal, are quite legitimate in their fear and feelings,” explains Didier. “So regardless, it’s best to go into things with an open mind and a soft touch. Most of our submissions and on-sites have yielded some sort of unexplainable phenomena though, and we do try to be careful about the way we collect out data.”

The interests in ghosts now stretches beyond that of true believers and skeptics to include on-site investigations and lecture hall discussions by avid hobbyists and scientists. From Wellan to Walsh to Didier there is a progression from living in a world of myth to living in a world of data, theories and explanations. There are Ouija boards, Resurrection Mary, the X-Files and Stephen King. There is fiction and there is fact. There is wanting to explain the unexplainable. There is the question: do ghosts exist?

Walsh believes ghosts do exist. His research, however, has resulted in more questions than answers.

“Are they just psychological projections due to our subconscious fear of death? Are they hallucinations? Are they just stories? Are they departed spirits or the visions of past events? Those are the questions, not whether ghosts exist or not.”

For Walsh, ghosts can be any and all of these things depending on the person and the circumstances under which they perceive the ghost.

“The definitive answer of what ghosts are escapes us at the moment,” he says. “The important question is, of course, whether they are departed spirits or not. I believe that some ghosts are in fact the spirits of departed humans and I am seeking proof of that theory.”

As for what Didier believes, his line of work with ghosts hasn’t convinced him one way or another of their existence. He feels, however, that there are too many witnesses and some very interesting personal stories to assume it is all a hoax.

“I believe that ghostly phenomena or actions that are usually blamed on a ghost that seem to defy normal or natural explanation is real, but whether or not ghosts are the spirits of the dead, my jury’s out”.

For Wellan, working in a supposedly haunted building has its charms. Sooner or later, he says, you just become comfortable with the idea that the ghost of Ambrose Small may haunt the theatre.

Shifting his gaze from the stage to the secluded box seat where Small used to take in performances, and where he might still, Wellan relaxes and attempts to sum it all up.

“I feel a tremendous tranquility and a peacefulness when I am in the theatre. I feel a warmth.”

Whether that is because of Small may remain a mystery for many, many years to come.