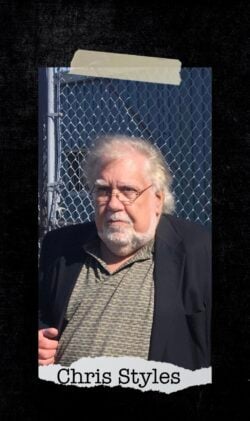 Chris Styles is an active UFO researcher who investigates select classic and current UFO incidents that have occurred in Atlantic Canada. He holds to a “blended” view of the UFO phenomena, that allows room for both the extraterrestrial hypothesis & a significant psychological component. He is best known for his work on the 1967 Shag Harbour Incident and has presented at several MUFON symposia in both Canada and the US.

Chris served as a paid technical advisor with several Canadian UFO feature documentaries such as Ocean Entertainment’s “The Shag Harbour Incident” and “Northern Lights”. He has appeared in several US, UFO specials, such as “Canada’s Roswell” and  “UFOs II, Have We Been Visited?” His latest TV feature appearance was in an episode of “Mysteries of the Deep” with Celine & Fabien Cousteau.